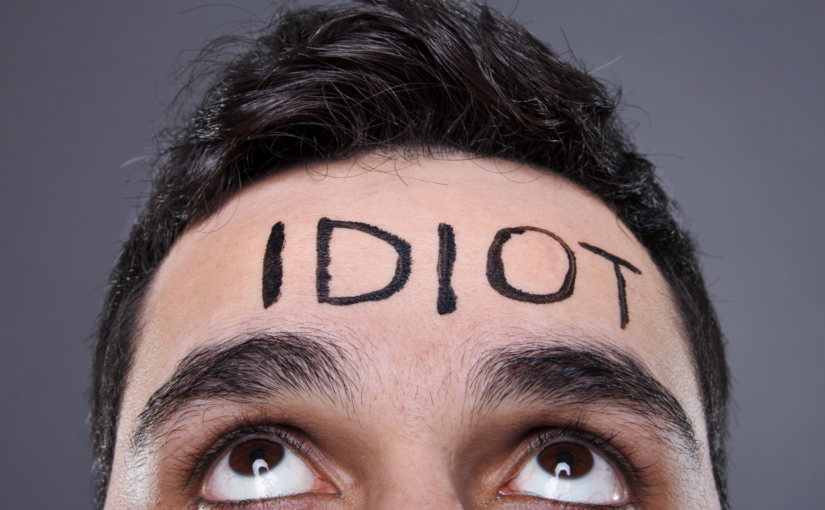 I’m a big boy. I can handle it. We’re in a stupid recession right now. And whether it’s “officially” a recession or whatever, the fact is that things are stinkier right now vs. when they are more awesome. (See … that’s the scientific definition.)

Reality is … markets are down, pennies are being pinched, and stuff is more expensive. And that’s fine … OK it’s not “fine,” but it’s the reality … so at the very least can I ask you not insult my intelligence about all of this?

Like go to the grocery store … these paper towel people have got some nerve. Now … you go to buy what you think is the “big” pack of paper towels because it’s got FOUR rolls ALL the way across the package … and then … nothin’. Ain’t no back part to this. Used to be a back part to this. And it used to be just two or three in the front … but there was a back part.

So now they’re over here treatin’ us like dummies because there’s LESS rolls, but they just make the packaging longer. Hey stupid consumer … look how long this is! You’re excited to buy it! Oh … and it costs as much as when there was a back part … there just ain’t no back part anymore!

And let me just add … when they say this garbage about “double roll … TRIPLE roll!” … in comparison to what???? Cuz it ain’t in comparison to a normal roll. So yeah it’s twice as much as some weird baby roll that you bought on the internet during COVID, but that’s about it.

I understand in many different industries why the price has been forced upward because of their rising costs behind the scenes as well as lost income during the pandemic, but I remember the pandemic … and you know who didn’t have any problem making money? Paper towel and toilet paper people!!!

I don’t like being treated like a dummy. I also don’t like being treated with attitude by robots. These credit card machines now … very pushy and moody and I do not appreciate it. First they tell you to put your card in and then pull it right back out, but then they tell you to put it back in because “well it’s got a special chip.” I am aware of that … which is why I put it in in the first place!

You need not force yourself upon me and change your tone so quickly when I’m over here following your stupid instructions in the first place. This is how we’re going to become the robot slaves … they’re just conditioning us now with their little bells and whistles soon enough we’re not gonna even notice that we fully serve our machine overlords. It’s already too late!